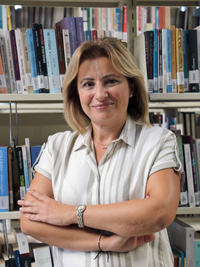 Prof. Dr. Ergül Berber
Vice Rector
ergulberber@arel.edu.tr
Prof. Dr. Ergül Berber completed her undergraduate, graduate, and doctoral studies at Boğaziçi University, Department of Molecular Biology and Genetics. After her doctorate, she did postdoctoral studies at Queen’s University, Department of Pathology and Molecular Medicine in Canada. Since 2010, she has been working as the Head of the Department of Molecular Biology and Genetics at the Faculty of Science and Letters. Appointed as Professor in 2016, Prof. Dr. Ergül Berber has undertaken duties such as the Vice Dean of the Faculty of Science and Letters, and the Vice Rector, in addition to the Head of the Department, and has served in various boards and commissions. She also took part in scientific research projects as an executive, consultant and researcher. She has scientific publications and participation in national/international congresses within the scope of SCI, and she has national and international congress awards. 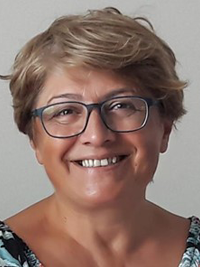 Bahtışen Kavak received her BA from the Faculty of Economics and Administrative Sciences, Gazi University and her MA and PhD from Hacettepe University. She did her Postdoctoral Studies in marketing at Israel Bar-Ilan University Graduate School. She has books in her field and many publications scanned in national and international (such as SCCI) indexes. She carried out administrative duties such as Head of Department, Senator, etc. She has been acting as the Vocational School Directorate of our University since 1 July 2020. 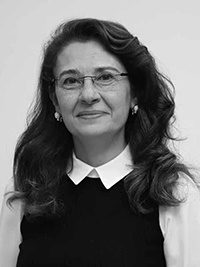